So, let’s first take a look at the app we’re going to build in this video:

The app is a simple location tracker.  Think of something like a much simpler version of Run Keeper that will allow you to track your location path over a period of time, and show your location on a map.  We’re also building a WatchKit app that enables you to quickly start or stop tracking your location without ever having to pull your iPhone out of your pocket.  All of this powered by IBM MobileFirst.

This means that when you run Apple Watch apps, they’re really no different than a native iOS app because all of the logic is executed on the Phone.

So… Setting up the MobileFirst Platform for WatchKit is really no different than setting it up for a native iOS app, with a few exceptions.

Full instructions how to setup MobileFirst Platform Foundation server with a native iOS app are available in the platform documentation.  Specifically, see the Configuring a Native iOS Application entry.

When you’re setting up your WatchKit app, you need to follow the exact same steps that you did for the native app target, just apply them to your WatchKit extension target.

First you need to add the required frameworks and dependencies (full list here, also be sure to include libWorklightStaticLibProjectNative.a that is inside the iOS API):

Next, add the “-ObjC” linker flag:

Then make sure that worklight.plist (which is inside of the MobileFirst API you generated from either the CLI or Eclipse Studio) so that it is included in both the native app and WatchKit extension.

This allows you to take advantage of MobileFirst APIs within your WatchKit extension, complete with operational analytics.  You cansave remote logs, you can access data adapters, and more. The server-side security mechanisms also work, so if you want to shut down your API for specific versions, you have that ability.

I mentioned earlier, it’s just like a native iOS app, but with a few exceptions.  The most important and notable exception is that the UI elements (modal dialogs, alerts, etc…) that you would normally see in the native phone interface do not appear in the WatchKit interface.  You don’t get errors – you just don’t see the notification.  So, you need to work around any scenarios that rely on this, and make sure you handle errors accordingly.

To invoke MobileFirst APIs, you call them as you wold normally in either Objective-C or Swift.  For example:

Once your app is connected, you’ll be able to access the operational analytics, remote logs, push notification management, etc… from the MobileFirst Platform Foundation server.

… and the remote log search capability, including logs from the WatchKit extension:

That’s all that you need to get started!

Stay tuned!  Full source code will be released on my github account in a subsequent post. Also be sure to stay tuned for future entries that cover the MobileFirst platform with offline data, persisting data to the server, push notifications, geo notifications, bidirectional communication between the watch and host app, background processing, and more! I will update this post to links to each subsequent post as it is made available.

Wondering what IBM MobileFirst is?  It’s a platform that enables you to deliver and maintain mobile applications throughout their entire lifecycle.  This includes tools to easily manage data, offline storage, push notifications, user authentication, and more, plus you get operational analytics and remote logging to keep an eye on things once you’ve deployed it to the real world, and its available as either cloud or on-premise solutions.

Also, did I mention, writing apps for the Apple Watch is *really* fun! 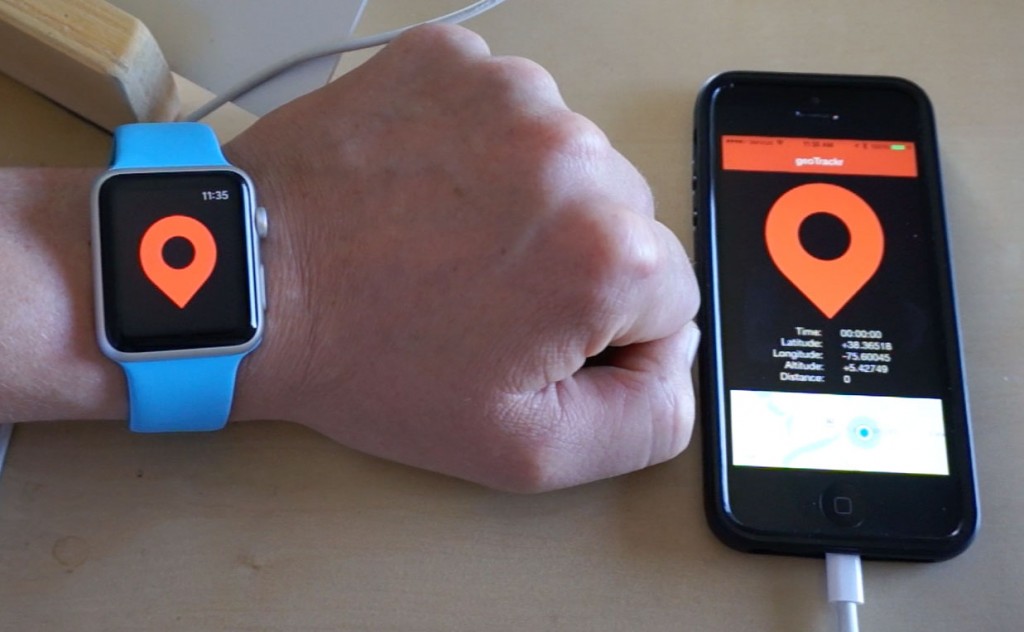